One particularly interesting alternate tuning for diatonic harmonica is Diminished Tuning, as it allows you to play full chromatic scales with bends alone (no overblows required). As long as you are good at controlling your bent notes, you can play easily in all 12 keys.

Because it is a symmetrical tuning (every hole has the draw reed one tone above the blow, and the next hole always starts one semitone up), you can move phrases around into different keys and octaves very easily - great for jazz improvisation. As every draw note can be bent a semitone, it’s a very expressive tuning too. Another big advantage of Diminished is that there are only three patterns to learn for any scale or lick!

Here is the Diminished layout on a 12 hole diatonic, with the bent notes included:

The tough thing with learning an alternate tuning is mastering the new breath and bending patterns. PHRASE MAPS can help speed the process, because they give clear visual reinforcement to what’s happening with the harp in your mouth. They simply involve making lines between cells in a tuning table, to indicate the path your mouth takes and the breath changes and bends involved.

Phrase Maps really suit the Diminished Tuning, because of its symmetrical nature. Lets look at a pentatonic blues scale (otherwise known as a minor pentatonic scale) to see how it lays out in the three patterns (giving you the scale in all 12 keys!). The scale numbers are 1, b3, 4, 5, b7, 1. Refer to the diagram above if you want to see the names of the notes. 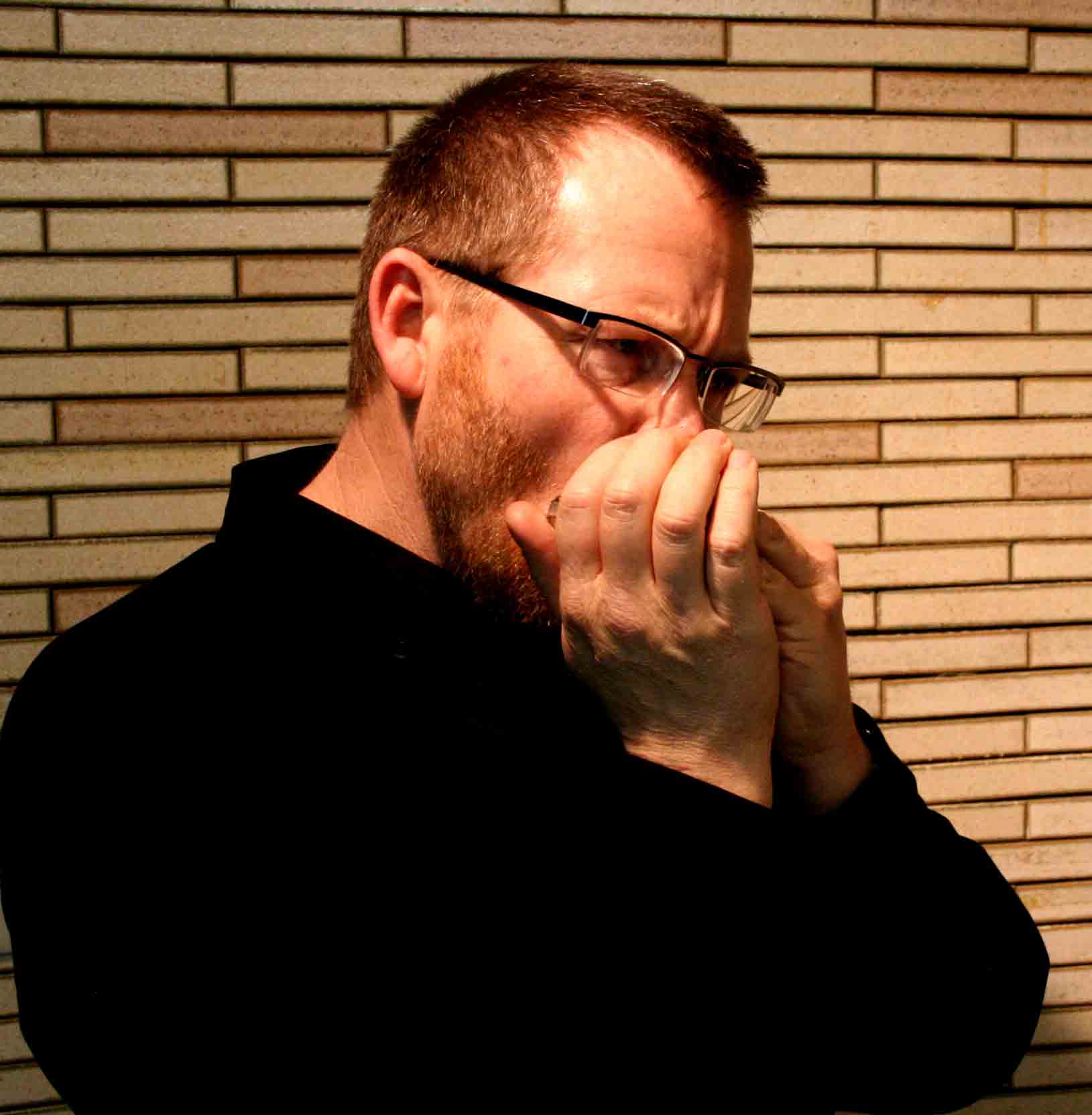 UK-based New Zealander Brendan Power is acknowledged by many as one of the most creative, skilled & versatile harmonica players around today. Equally at ease on both the earthy Blues Harp as well as the sophisticated Chromatic Harmonica, he tunes them to his own scales to create a highly original style. He has recorded fifteen solo CDs to date, in a wide variety of musical genres. Brendan is employed by Suzuki Musical Instruments Co. of Japan as their International Harmonica Specialist. Click here for more on Brendan Power.